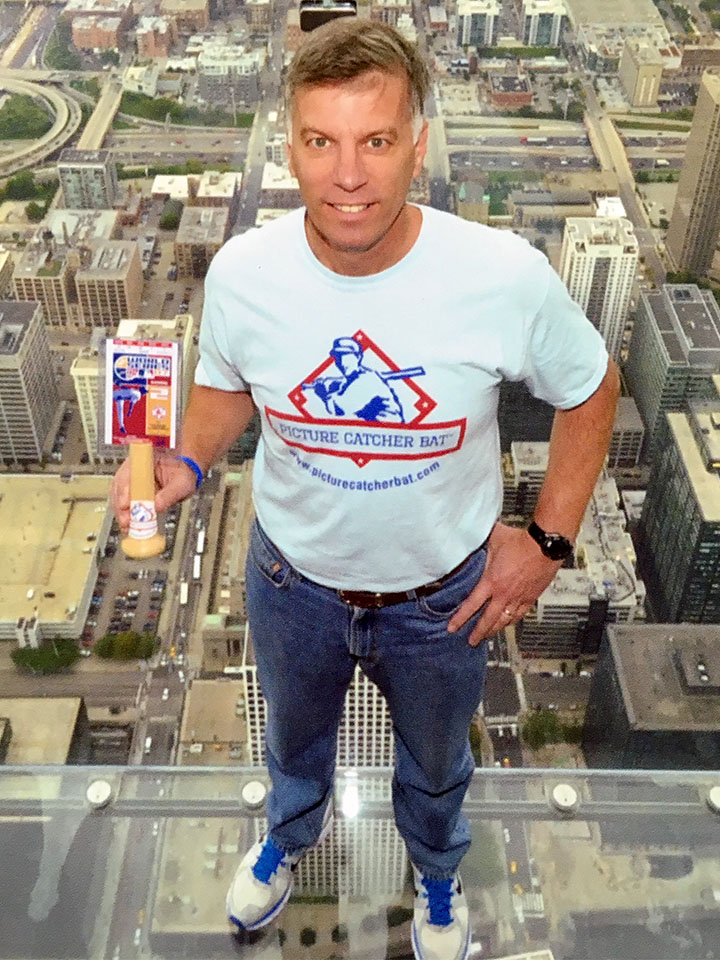 My wife and I went to a Southern New Hampshire University (SNHU) versus Bentley University baseball game to watch our good friend’s son pitch for SNHU.  After the game, as the players for each team were packing up all their gear, a broken maple bat lay next to the Bentley dugout.  I went over to one of the players and asked what they were going to do with the broken bat and said they would just leave it by the trash barrel.  So I asked if I could have the bat and that was the beginning of what was to become the Picture Catcher Bat® prototype.

When I went back to the stands, I showed my wife and her friend my new prized possession and they both said in unison, “What are you going to do with the bat?”  At that point I said the maple wood looked good and I would make something out of it.  Well, the bat made its way back to my basement and sat on my work bench for six months. Then one early morning after my daily run, I said it was time to make something out of the bat since each of their birthdays were coming up.  I starting cutting the bat up to create unique shapes, and before you know it I had created a picture holder from the middle of the bat and created another picture holder from the handle of the bat

The moment of truth came when I gave each of them the original Picture Catcher Bat®. At that point I had not named it, and they thought it was a great idea.

In May 2017, we added our new complimentary product Ball Catcher Bat®.